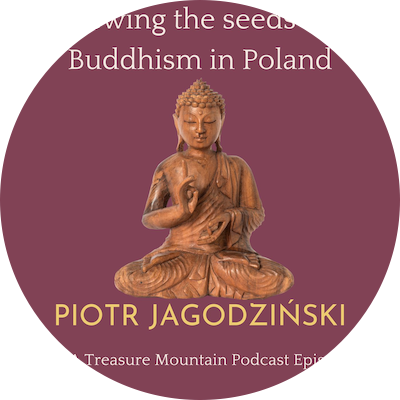 Piotr Jagodziński - born July 2, 1980 - creator (2007) and editor-in-chief of Sasana.pl - in 2009 in
Burma under the guidance of Ashin Tejaniya, ordained as a Buddhist monk as Vilāsa Bhikkhu, received
a degree from Theravāda University (I.T.B.M.U.), after a year he moved to Sri Lanka, where, among
other things, he participated in a retreat with Ajahn Brahmavamso. In 2011 disrobed, while still
remaining a lay follower - an upāsaka. In 2016, ordained for a second time at Sāsanārakkha
Monastery, Malaysia, and was given a new name - Vilāsadhammika - by his teacher Ariyadhammika.
In 2017 disrobed for the second time. After a period of traveling and making documentaries, he
returned to Poland and is translating the suttas from the Pāḷi Canon, while living in a small hut
somewhere in the eastern forests, close to the Ukrainian border.

Sewing The Seeds of Buddhism in Poland - Piotr Jagodziński

On this episode of Spirit Stories we have as our guest, Piotr Jagodziński from the Poland who has led the establishment and growth of the Sasana.pl website and youtube channel that has been translating the teachers of the fo…